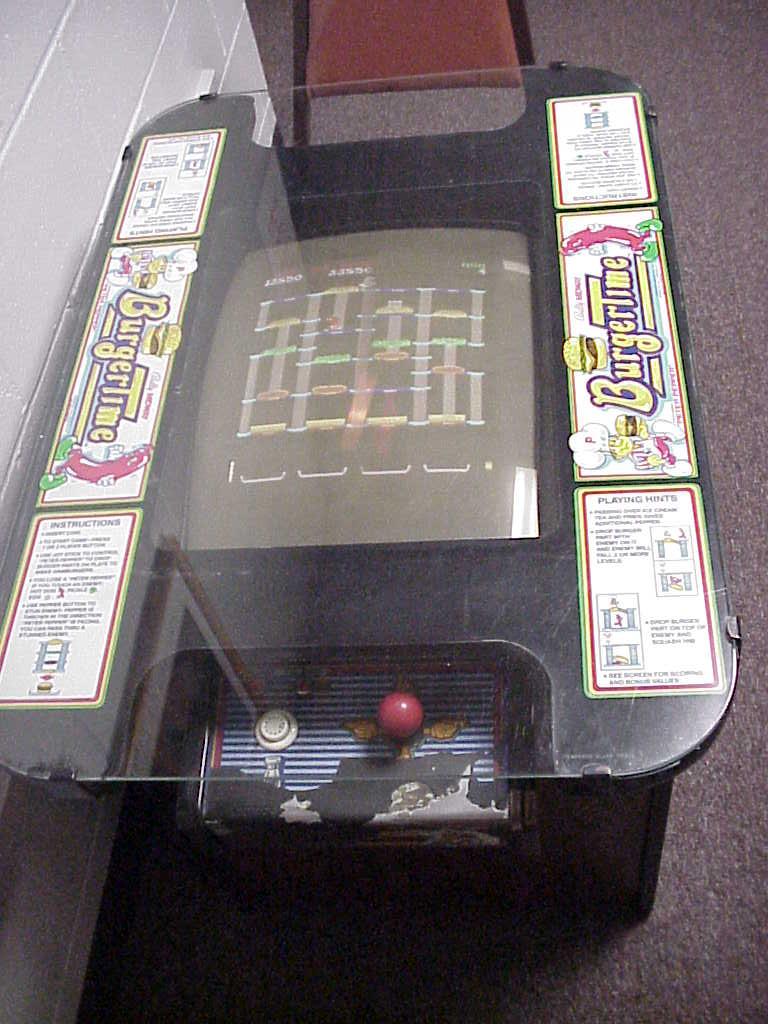 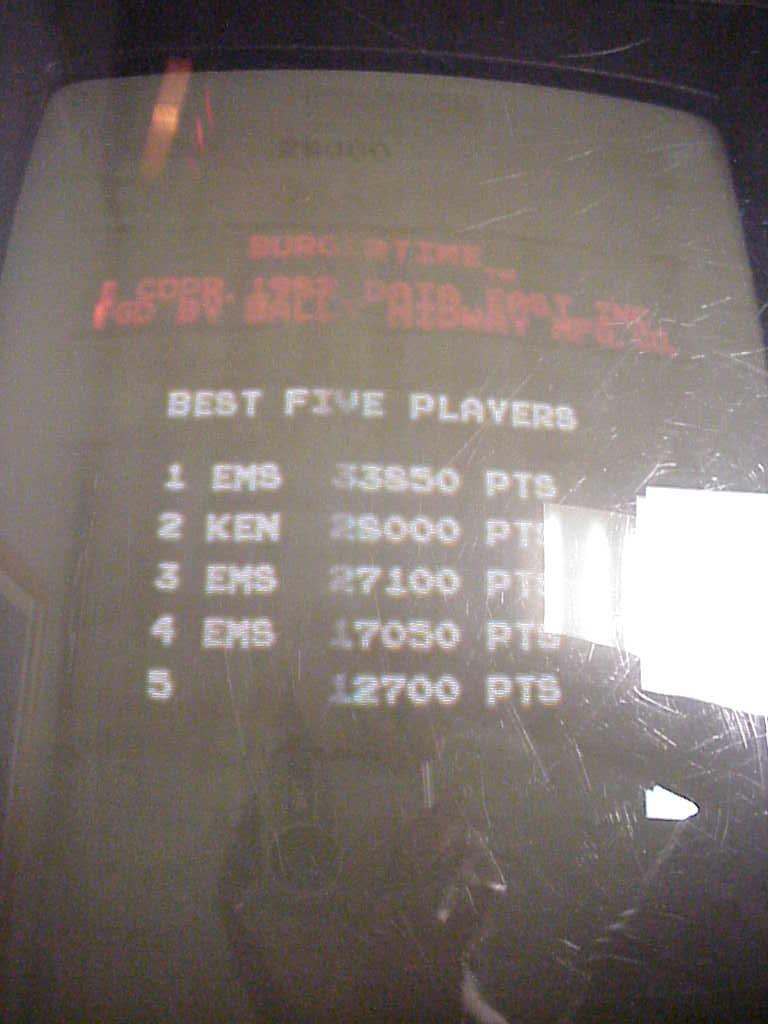 Never has making a simple hamburger been so difficult. While you’re trying to assemble your rolls, meat, lettuce, and all of your other assorted hamburger makings, there are some other jealous foods after you trying to make your job as hard as possible. The hot dog is apparently upset that you don’t want to eat him, and is after you. The egg is upset you’re not having a balanced breakfast, and is out to teach you a lesson. The pickle is just hurt that you don’t want to have him on your hamburger, and so he’s going to have you instead. Fortunately, all of these foes can be warded off with a quick spray of pepper.

In Burgertime, you are Peter Pepper, and you’re just trying to make yourself a little snack. Your hamburger ingredients have been placed on a series of platforms, and all you have to do is climb up to them, run over them, cause them to fall down to the platform below, make them all fall onto the plate at the bottom, and you’re set to eat. Your task is not without its obstacles however, as there will be other things chasing after you trying to stop you from reaching your goal. You can temporarily freeze your enemies using your pepper spray, although you only have a limited number of those. You can get extra pepper shots by collecting bonuses that pop up on the screen from time to time, and you get an extra pepper each time you advance a level. When you die you start the level just as you had it before, just back at your initial starting point. You can earn extra lives by getting points.

Each level is made up of a series of ladders and platforms with food on them. Running over a piece of food will cause it to fall onto the platform below, and if there was a piece of food where it fell, it will knock that piece of food onto the level below it, so you can get a chain reaction of falling food to save yourself time. If you freeze an enemy on a piece of food, or cause it to fall while the enemy is on it, the enemy will fall with it as well and it will fall down more platforms than it would normally. Also if you cause a piece of food to fall with an enemy below it, it will squish the enemy. Once you’ve pushed all the food pieces onto the trays at the bottom, you’ve beat the level and you move onto the next. Each level has the platforms, pieces and enemies arranged in different ways, so, while all the levels have a similar style of play, you’ll have new looks and challenges to take on.

On a cocktail table version of Burgertime, there are two sets of controls set up on opposite sides of the table. Players take turns playing, alternating when one dies. When it’s the other player’s turn, the picture on the screen flips so that it’s facing the correct way for whoever is playing. While it’s probably just as easy to take turns waiting until one finishes playing, and then having the other person put in their money and play, it still is a pretty nifty setup. I’ve never had the chance to play the upright version of Burgertime, I’ve only played the cocktail version, but I’m pretty sure that only has one set of controls, not sure exactly what the two player options are, it’s probably basically the same though. The graphics of Burgertime are pretty good, with all the food and enemies looking like what they’re supposed to and everything clear enough, it’s nothing spectacular but it gets the job done. Sound is pretty much just little beeps and whatnot, nothing much to speak of there.

Once you get a game over, you’re taken to the high score screen, and if your score is high enough, you get to enter your initials into the top five. This is one of the main draws of Burgertime, just as much as actually playing the levels, getting to put your initials into this list. There your initials will stay, locked on the list (at least until someone turns the power out or unplugs the machine), for others to come along and challenge. While there is a version of Burgertime for NES which plays essentially the same, this is the one area that version lacks in, while it does have a high score list, it’s reset any time you turn the system off, and it’s not like you leave your system on and have other people come by and play it all day. Without the challenge of competing with others for a high score, while the game is still decently fun, it’s just not quite the same. There’s just something different about playing Burgertime in the arcades that you just can’t quite get at home.

The core idea of Burgertime is fairly simple. Just run around, avoiding enemies, and making hamburgers. Still, there’s something else beyond that, the push to make it just one level further than you did before, squeeze a few more points out, dominate the top five list, and when you come back and find out someone has pushed you off the list, taking out some more quarters and going back at it. It really is an addictive game, and very fun to play. If you’re only playing this at home, without the challenges of the high score list and other people to compete against, it’s still a fairly fun game, but still, it doesn’t have quite the same effect. If you can find an arcade that has this game, or have a chance to buy an arcade version of this game for yourself and have other people around who play it, it really is a great game.