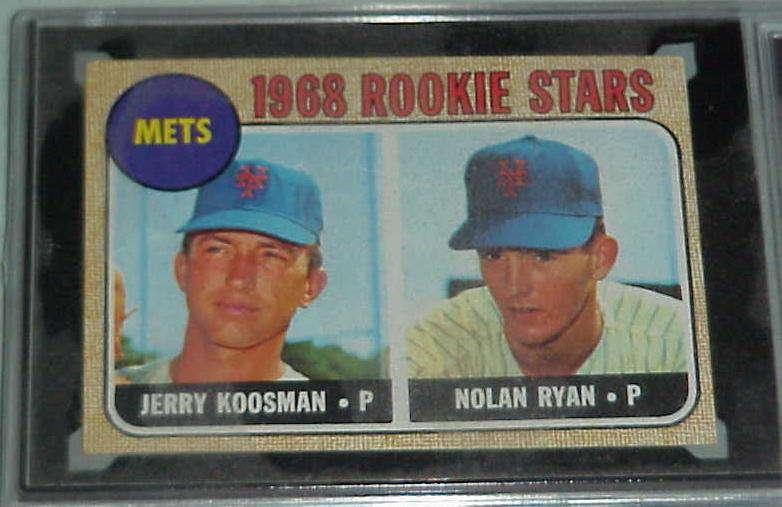 Growing up, I was always a huge fan of Nolan Ryan. I'm not quite sure why. He never played on a team I followed, and he was near the end of his career by the time I got into Baseball. Yet, for some reason, there was always something about him that fascinated me. So much so that I spent an inordinate amount of money to get his rookie card recently. So much so, that one of the first Super Nintendo games I ever got, I bought for the sole reason that he was on it. Now, why is this important to you? Well, unless you happen to be a huge fan of Nolan Ryan and like to buy things just because his name is on it, this game might not be for you. It isn't all that bad though, it really can be a fun little game once you get into it. Plus, the game did come with a really nifty poster, so, that's something (although, odds are you probably won't get that with the game now. Nonetheless though).

As in many early Baseball games, there was no official licensing from Major League Baseball. So, aside from Nolan Ryan being on the cover, and the "T" team having a player on it named "Ryan," the rest of your roster will be filled with players with names like "Leo" and "Burt," and you'll be playing against teams like the "R" team and the "B" team. Everyone looks the same of course, so, your guess is as good as anyone else as to who these people, places and teams are. That's alright though, you're here to play Baseball, not look at names. It can get a bit confusing at times, but, it's not too big of a deal.

As far as the actual play of the game itself goes, it's fairly straightforward, no-frills Baseball. When you're on the mound, you pitch the ball, push down to make it go faster or up to make it go slower, left or right to make it go to the side. As your pitcher tires, the response of the ball will decrease. When hitting, you simply swing the bat or you don't. The annoying part to hitting is, if you stop midswing, instead of pulling the bat back, the hitter leaves it there, usually resulting in the ball hitting the bat and weakly rolling out to the mound. Aside from this though, pitching and hitting is about as one would imagine. Baserunning and fielding, however, are another story. The game does have some issues here, in that things happen which shouldn't happen in a normal game of Baseball. Such as, the shortstop's throw taking two bounces on the way to first. Or, a runner moving from first to second on a hit to the outfield being thrown out before he reaches second. Or, the ever-frustrating first baseman who stands rooted to his bag as a ground ball rolls weekly a few inches away from him. So, yes, there are most certainly some little annoyances. For the most part though, it's not a normal game of Baseball.

That isn't to say there isn't anything that makes this game above average. For one, there's a season mode, which saves your record and statistics and whatnot. While it's true that, if you don't enjoy one game you're not going to enjoy a season's worth of them, it's a nice addition to be able to play through a season, working toward a goal, and accumulating stats. Whether you're just trying to get your team to have a good overall record, or trying to have a player excel in certain stats, or make an ace pitcher or whatever, the accumulation of stats can lead to a number of new goals within the game. In addition, there are a number of editing options within the game. While you can't just make a team of super-powered people, since there are rules on how exactly you can distribute stats, you're allowed to edit various statistics of the team's players, making a team that fits your liking. There's also a "Free Agent" pick, although what exactly differentiates one player from another isn't always particularly clear. These options are quite fun to play around with, and can add a good amount of replay value, as you play through the game with different types of teams.

As far as graphics and sound go, both of them are marked by a general feeling of mediocrity, with a few spurts of impressiveness. The graphics of the field, players on the field, and pretty much everything, for the most part, is nothing better than average. Where they stand out, however, is on highlights and close plays. Sometimes, as your fielder goes to dive for a ball, or there's a close play at a base, the game will zoom in to the play, showing the runner approaching the base as the ball approaches the glove, and you can watch as you see his foot hit the base a second before the pop of the ball into the glove. With music, likewise, the general background music is alright, but nothing special to speak of. However, the game includes voice for a number of things. You'll get to hear the umpire call out "Play Ball!" as well as the calls of strikes and balls, and safe and out at the bases. These touches, while not the most impressive things in the world, are still nice little additions.

So, in the end, what it comes down to is, this is a fairly average game gameplay wise, with some nice little bells and whistles tossed in. If you don't enjoy the simplistic gameplay, you're not going to care in the least about the closeups on plays, or the customization or anything. While the gameplay doesn't really stand out in any respect, in most cases it's not going to cause any major problems where it's going to cause you to be turned off. If you like Baseball games, this does a decent enough job of the basics. Once you get past this, the game does have a number of nice little options to it. The customization options are very good, and can give you some new and interesting ways to play the game. As well, the season play is definitely a very welcome addition, as playing through a season and building stats is very enjoyable, spread out over a few days, a few weeks, or a few months. It's easy enough to just sit down for a few minutes to play through a game or two, and end up going through much more than that. While there may be better options out there for your SNES Baseball fix (in particular, the Ken Griffey games and Baseball Simulator 1.000, among others), Nolan Ryan's Baseball can still be a nice little addition to your collection. Especially if you're a Nolan Ryan fan.